I had visited Norway (a country that conjures up images of remote, stark, icy landscapes) with my closest family in 2015, as part of our itinerary to see Scandinavia, a trip that also included spending quality time in the wonderful cities of Stockholm (Sweden) and Copenhagen (Denmark). Copenhagen was particularly memorable for its extraordinary cuisine. In Norway, we were mesmerized by the beautiful, compact city of Bergen, which served as a perfect base to explore the gorgeous fjords. After that, we travelled all the way up to the Arctic Circle and beyond to the vibrant, lively city of Tromso. During one of those nights, we were lucky to witness the swirling Northern Lights, a truly wondrous phenomenon. It was a great trip and memories of it made me think of books from Norway that I enjoyed in recent years.

THE OTHER NAME by Jon Fosse (tr. Damion Searls)

The Other Name by Norwegian author Jon Fosse is about Asle, an ageing painter and widower reminiscing about his life. The book has an existential bent as Asle reflects on themes of love & loss (relationships), light & darkness (art). At the same time, he tries to help his doppelganger, also a painter called Asle, who is alone and an alcoholic. It’s the writing that is quite something though – highly unusual but poetic, the prose feels musical with its own rhythm, and has the power to transfix the reader. The second book in the Septology series – I is Another – is pretty remarkable too, and I plan to read the final installment – A New Name (shortlisted for the 2022 International Booker Prize) in the coming months.

The Ice Palace is a haunting, unsettling tale of two Norwegian eleven-year old girls, Siss and Unn, both as different as chalk and cheese but drawn to each other to form an unlikely friendship. Tarjei Vesaas’ prose is as clear as ice and as brilliant as a diamond. There is a dreamlike quality to the narrative that explores the themes of loss, friendship and the power of nature.

Love is an unsettling novella set over the course of a single evening and night in a remote village in Norway during winter. Vibeke and her son Jon have just moved into this small village a few months ago. We are told in the opening pages that tomorrow is Jon’s birthday and he will turn 9 years old.

From the outset, it becomes apparent that there is some kind of disconnect between mother and son. Jon is pretty sure that Vibeke is going to bake a cake for his birthday tomorrow and decides to give her all the space she needs to do so. Vibeke, meanwhile, has forgotten her son’s birthday – something that is clear to the reader, but not to Jon. On that particular night, Vibeke and Jon are out of the house, but on their own with no inkling of what the other is upto.

Ørstavik infuses enough tension in her writing so that at the end of the chapters you are left wondering whether it will all turn out well for both mother and son. That the story is set in the depths of winter in a country close to the Arctic, serves as an atmospheric and stark contrast to the protagonists’ search for warmth and a sense of belonging.

The rather mysteriously titled Novel 11 Book 18 is the story of a man who realizes that actual life does not really meet his expectations. And so he decides to drastically bring his expectations in line.

Bjorn Hansen is a married man with a two-year old son living in Oslo with a comfortable job as a civil servant in one of the ministries in the big city. One day he abandons his wife and child to live with the wonderfully named Turid Lammers in a smaller Norwegian town of Kongsberg, and after fourteen years that relationship doesn’t end too well later either. Close to about halfway through the book, we come across a ‘twist’, where Hansen hatches an incredulous plan and decides to put it into action. This can easily be summed up as an existential novel – a man suffering a mid-life crisis. The prose, while clinical and unemotional, makes Novel 11, Book 18 very interesting and compelling.

I read The Looking Glass Sisters before I started my blog, so I haven’t written a full length review of it. As far as the basic plot goes, here’s the blurb:

“Far out on the plains of northern Norway stands a house. It belongs to two middle-aged sisters. They seldom venture out and nobody visits. The younger needs nursing and the older keeps house. Then, one day, a man arrives…”

The novel is a dark, deeply unsettling tale of a tenuous sibling relationship, loneliness, isolation and the challenges of caregiving. It’s a first person narrative from the point of view of the unnamed handicapped sister, and it gradually becomes apparent that she could well be unreliable. For instance, we are shown instances of how her sister Ragna is cruel to her, but as readers we realize that the responsibility of looking after her sister coupled with her continuous demands has taken its toll on Ragna too. It begs the question – Who is really cruel to whom? I read The Looking Glass Sisters as soon as it was published (in 2015), and even all those years later, there are aspects of it that have stayed with me even today. It remains one of my favourite Peirene titles.

6 thoughts on “Armchair Travel to Norway” 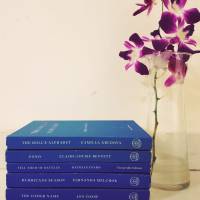 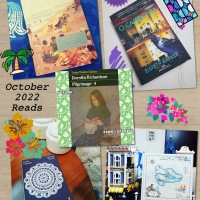 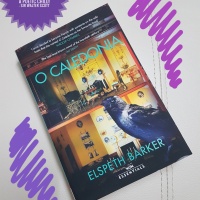 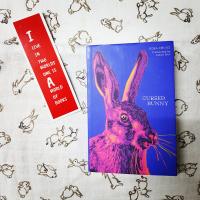 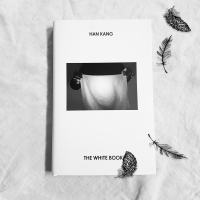 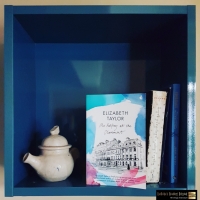 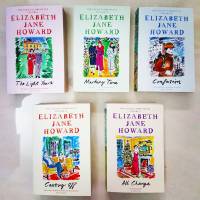 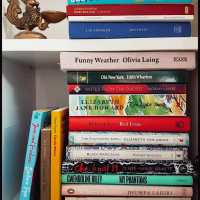 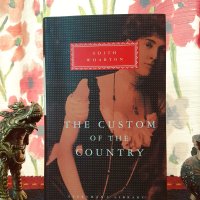 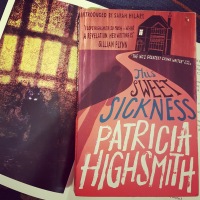