While looking at my reading habits over the last few years, I realize I haven’t read too many essay collections (something I need to correct), but I have been quite impressed with the ones I have –Seduction and Betrayal by Elizabeth Hardwick is the one book that comes to mind. Now, I will also add Emilie Pine’s Notes to Self to that meager list.

Notes to Self is a collection of radical, honest and unflinching essays on personal events that marked Emilie Pine’s life – caring for an alcoholic parent, the crippling grief of infertility, taboos around female bodies and sexual violence.

There are a total of six essays in the collection, but for this review, I will focus on the first two essays, which are simply brilliant and worth the price of the book alone.

Let me begin with what to me is the standout piece – ‘From the Baby Years’, a poignant essay on Pine’s emotional upheaval when it dawns on her that she will never experience motherhood. Pine was not always sure she wanted to be a mother though. In her twenties and early thirties, she observed her friends leap into parenthood and witnessed the extraordinary range of emotions they underwent. But she and her partner R weren’t very sure it’s a step they wanted to take. They debated a lot on the pros and cons, and also talked about their lives as people who loved quiet and calm and the space to read and write. For them, this was a rich and fulfilling life and having a child would mean giving up all of that.

But then, one day she accompanies her friend and her child to the park and observes the love between the two. Yearning for that very same bond, Pine decides she wants to be a mother. She manages to convince R, who is still unsure, but they decide to take the plunge.

There is no luck though after a lot of ‘trying’. And thereby begins Pine’s ordeal of closely monitoring her cycles, endless tests and hospital visits to determine the root of the problem. At one point, Pine does become pregnant only to miscarry and she writes about the emotional pain this caused and the ambiguity surrounding it – the foetus was growing, but there was no heartbeat, and under stringent Irish laws, the foetus is prioritized over the mother, so she couldn’t abort it either unless there was more clarity on its status.

All of this begins to take a toll on the couple’s relationship. It comes to a point when they have to decide whether to go in for IVF treatment. And after an important conversation – possibly the most important of their lives – Pine and R decide not to.

I loved this essay for its frank and honest portrayal of the range of emotions that the author felt – the love of a child that evoked the desire to be a mother, difficulty in comprehending what’s going on inside her body, the jealousy she felt when her sister became pregnant, and the grief of realizing that her dream of motherhood will remain unfulfilled.

But what I loved most is how the author came to terms with this fact, displaying hope and courage. Why grieve over something you can’t have, and focus instead on what you do have? Pine realized that she has a great relationship with her partner and why not treasure that rather than going after something that is not likely to happen?

And it hit me. We are growing old together. This is what it will be like as we watch each other age, as our partnership ages. And this unexpected moment made me happier than I could have imagined. I see a life ahead for us, a shared life. A great life.

It is Pine’s way of saying that she chooses to be happy and put these ‘baby trying’ years behind her.

The first essay in the book “Notes on Intemperance” explores the difficult relationship between Pine and her alcoholic father. The essay hits you in the gut right from the first few sentences. Pine and her sister are in an understaffed and poorly managed hospital in Greece, where their father has been admitted for liver failure. Travelling all the way from Dublin, when the sisters find him, “he has been lying in a small pool of his own shit for several hours.”

Pine’s feelings for her father are very complicated. She resents him for his endless drinking during her younger years, and at the same time she knows that when he eventually calls her for help, she will not be able to refuse. Pine’s father manages to pull through, but the author uses this incident as a medium through which to explore the trials of caring for an alcoholic parent – one who does not even grasp the consequences of his actions. And yet she can’t give up caring for him.

But we are not lost, not just yet. Our relationship may be an unyielding kind of story, a chain of unalterable moments, from arguments in bars to vigils at hospital bedsides. But it is also, just as powerfully, an ever-changing conversation between two people, father and daughter, a conversation that we are both grateful is not over.

In Notes to Self, then, Emilie Pine touches upon crucial themes – alcoholism, infertility, taboos around female bodies and female pain – topics which cause emotional disruptions, but which are never part of ordinary conversations lest it gets uncomfortable for the audience. And yet these are necessary conversations and cannot be swept under the carpet. These are essays laced with fearless and astonishing honesty; they reveal devastating truths and dole out dollops of wisdom.

November turned out to be another slow reading month for me. I barely read anything in the first week as the US Presidential election drama made me anxious. Subsequently, things improved. But despite focusing entirely on novellas this month for the Novellas in November challenge, I did not read as much as I would have liked.

But the good thing is that the books I did read were very good. My favourites of the bunch were CHEERFUL WEATHER FOR THE WEDDING and NOTES TO SELF.

When Olga’s husband Mario suddenly decides to opt out of their marriage, her life turns upside down, and so begins her downward spiral into depression and neglect.

What stands out in The Days of Abandonment is Olga’s voice – she is brutally frank in conveying her thoughts and feelings, minces no words, and is almost always angry, sometimes uncomfortably so. At its core, the novel touches upon the themes of how absurd conventional definitions of womanhood can be, while also highlighting the trials of motherhood.

CHEERFUL WEATHER FOR THE WEDDING by Julia Strachey

Set over the course of a single day, this is a funny, beautifully penned novella centred on the wedding of our protagonist Dolly Thatcham, with an ill-assortment of guests congregating for the event including her possible former beau Joseph. It’s a gem of a novella focusing on the themes of missed opportunities and consequences of things left unsaid.

NOTES TO SELF by Emilie Pine

This is a collection of radical, honest and unflinching essays on personal events that marked Pine’s life – caring for an alcoholic parent, the crippling grief of infertility, taboos around female bodies and sexual violence. There are a total of six pieces in the book, but to me the second essay called ‘From the Baby Years’ was the standout piece in the collection and worth the price of the book alone.

Sophie and Otto Brentwood are an affluent couple having a seemingly well-established life in Brooklyn, New York. But when Sophie is viciously bitten by a cat she tries to feed, it sets into motion a set of small but ominous events that begin to hound the couple – a crank call in the middle of the night, a stone thrown through the window of a friend’s house and so on. Sophie is subsequently plagued with fear and anxiety and is reluctant to visit the doctor even though the worry of contracting rabies is not far behind. Otto is concerned with carrying on his lawyer practice by himself, after his partner Charlie quits to start out on his own. In writing that is sophisticated and perceptive, Paula Fox presents to the reader a tale of a gradually disintegrating marriage.

Through the motifs of theatre and drama, Jeftanovic weaves a tale of a fractured family devastated by war and trauma, not only in their country of origin but also in their adopted homeland. Told in three parts through the eyes of Tamara, it’s a fragmented narrative that tells us of her parents’ broken marriage, how the ghosts of war continue to haunt her father who has lived it, and the debilitating impact it has had on their family dynamic, and her own struggle to pick up the pieces and move on.

THE APPOINTMENT by Katharina Volckmer

A young woman embarks on a razor sharp monologue addressing a certain Dr Seligman and touches on topics such as the origins of her family, her troubled relationship with her mother, her conflicted gender identity, her affair with a married man called K who is a painter and paints on her body, sexual fantasies involving Hitler and the legacy of shame. I have had a great run with Fitzcarraldo titles this year, and at barely less than 100 pages, this was an interesting, fascinating read.

As December begins, I plan to read the first two books in Susan Cooper’s DARK IS RISING series along with the PENGUIN BOOK OF CHRISTMAS STORIES. Given that I am going through a bit of a reading slump, let’s see if I can stick to this plan. 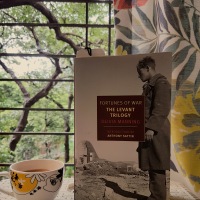 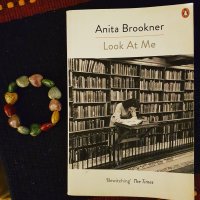 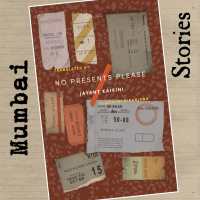 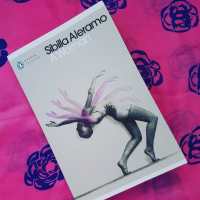